How and why I upgraded to a treadmill desk, creating a much healthier work/life balance, losing weight, all the while not adding any time to my day for exercise. This post was originally on Avaya’s site as well as B2C.

After years of back problems resulting in physical therapy, I knew I needed to make a change. The biggest problem for me was the 11 hours a day I spend at my desk, hunched over my keyboard. While I know that good posture could help out a lot, the truth is that as I get in to “the zone”, I stop paying attention to posture and the next thing I know, my body is aching.

The plight of strain caused by sitting at a desk is unfortunately not unique to me. Harvard Business Review did a great article on how Sitting Is the Smoking of Our Generation. I don’t think the title is an embellishment; like smoking, sitting at your desk is a bad health choice people willingly make every day. CBS News ran a story on how your desk job is making you fat.

After some thought, I decided to haul our unused and dusty treadmill out of the basement up to my second floor (did I mention my back isn’t doing great?) home office. With my wife’s woodworking skills we built some functional (not attractive) tables of the appropriate height out of 4x4s for the posts and plywood for the tabletop.

We then placed the existing tables on top of these new tables, effectively raising my desktop to be about 5 feet off the ground. This allowed me to place my phone (an Avaya Desktop Video Device on the left), three monitors, and my MacBook Pro at a healthy viewing height, with proper spacing and positioning  (verified by OSHA’s website). To make the keyboard and mouse accessible, we built a wood shelf from a 2×8 board long enough to not only go across the handlebars, but also extend further to give me more counter space. This was the trickiest part as my handlebars are slanted, requiring some more creative building to get a shelf mostly level. Below is what that setup looks like.

The results have been great. In the first five months, I averaged six miles a day, with my all-time best being 11 miles in a single day. I typically walk at a pace of 2.0 mph, which is about as fast as I can comfortably go while still being able to type, work, and if on the phone, talk. When on a conference call that I need to speak on, I will reduce the speed to 1.5mph as my treadmill wasn’t really meant for this use and thus is a little loud in the background. I’m also doing more and more video conferencing which adds an interesting wrinkle as I look a little odd to others on the conference. Depending on the situation, I may pause the treadmill until the video call is over.

In the last five months of 2012, I walked 500 miles without adding anything to my already busy schedule as I’m doing my exercising while at work. So far, I have lost 10 pounds and my back issues have all but gone away. I’m embarrassed to say that in the first four months of 2013, my average has dipped below 4 miles a day, due in part to more video conferencing. I’m re-invigorated now and am hoping to rack up some miles soon.
I’m not alone. Susan Orlean of The New Yorker did a story about how much she loves her treadmill desk and how she can’t help but be an evangelist for it. USA Today also recently did a story on how others are using them to get healthy at the office.
So tell me – what are you doing to bring movement back into your office? Anyone else doing the treadmill desk approach? Taking several walks throughout the day? Walking to the vending machine at the END of the hall for your Coke and Snickers bar? Are you a Treadmill Desk pro with your own dance moves? Drop a line below in the comments and share your experience.

No, Google is not Making us Stupid 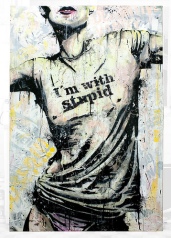 I finally read Nicholas Carr’s “Is Google Making Us Stupid?” in The Atlantic this week at the prompting of my summer professor, Shari Worthington.  I applaud Mr. Carr’s relatively balanced take on the topic. While reading the first half I found myself making several notes, only to find Nicholas make the same counter arguments in the second half of the article. However, I believe his lingering fear over the Internet’s impact to the way we think is unfounded. For example, he says that

The Internet is a machine designed for the efficient and automated collection, transmission, and manipulation of information, and its legions of programmers are intent on finding the ‘one best method’—the perfect algorithm—to carry out every mental movement of what we’ve come to describe as “knowledge work.”

As those of us more familiar with the workings and “design” of the Internet can attest, this is simply not the case. Sure, programmers, like anyone practicing a science are always interested in perfection, but the architecture of the Internet is really more like rules to make sure the variety of technologies, designs, and people don’t step on one another. There is no grand conspiracy on how information is organized and presented to the masses. Instead, like nature, lots of attempts are put forth and natural selection determines the ones that survive until the next challenge. Sure, Google wants you to trust its organization of what is out there, but there is nothing stopping from you using other services.

Mr. Carr speaks to how he and his friends are noticing a change in how they read books. While I wouldn’t attempt to argue that as we have more and more information available to us it becomes harder to focus on any one source (my wife and I both watch TV at night with laptops in our laps), Carr makes too large a leap by saying that this is due to the Internet causing a rewiring in our brains. I find it more likely that other factors such as age, ambient light, or a smartphone buzzing in your pocket are more likely at fault. I know that when I got on an airplane and pull out a book, I get completely immersed in my reading, but if I try to do 30 minutes of reading in the living room with kids running around, I can’t get past the second page. There is also research that suggests one’s attention span declines with age.

My favorite part of the article was when Carr brings in the legendary Frederic Taylor’s time/motion studies during the industrial revolution as a lens to use to look at the information revolution.  A great approach, but Mr. Carr and I see different things through that looking glass.  While Taylor was attempting to optimize manual labor in order to drive costs down and increased productivity and profits, Carr misses that Google isn’t getting profitable by rearranging how I make breakfast in the morning. The order I make my eggs and toast is irrelevant to them. Instead, Google is pioneering methods to know which eggs and bread I used and more importantly what I’m reading while I consume them in order to put the most relevant advertising in front of me. Taylor was about maximizing profit through work optimization. Google is after profit through data gathering. The Taylor lens simply blurs this phenomenon instead of bringing it into focus.

This blurring effect seems to bleed into Mr. Carr’s analysis of Google’s Sergey Brin whom he quotes saying

Certainly if you had all the world’s information directly attached to your brain, or an artificial brain that was smarter than your brain, you’d be better off.” Carr interprets this as “idea that our minds should operate as high-speed data-processing machines.

Actually, Brin is conveying that if we had all that information easily accessible like that, it would maximize the productivity of one’s intelligence. And therein lies the true comparison to Taylor and the Industrial Revolution. Like factories of the time that benefited from plugging into the new electrical grid to power their productivity, the Internet fuels the new knowledge economy. Google, as the face of the Internet, is not looking to grow profit by changing the way you think. Instead, they charge a utilization fee (in the form of advertising) for plugging into their grid of knowledge.

To take this analogy one step further, while all factories with electricity were not successful, all humans with access to the Internet will not gain wisdom and new ideas. Innovation comes from pulling together new ideas from existing information. Imagine if Albert Einstein’s brain had immediate access to all of the world’s data: What other connections/discoveries could he have identified?

Carr actually touches on this point when referencing Richard Foreman‘s fear that we “risk turning into ‘pancake people’—spread wide and thin as we connect with that vast network of information accessed by the mere touch of a button.” I think Mr. Foreman is close, yet misses the mark. Yes, our new ready access to information has definitely allowed us to spread wide, and by definition somewhat thinner. And while discovery can come from going deeper in the narrow stovepipe of just one area, it can also come from going wide and seeing multi-disciplinary connections that others have never seen before. This is where our new information age offers the most opportunity for innovation and wisdom.

Bernard of Chartres (a 12th century philosopher) once said that

“We are like dwarfs on the shoulders of giants, so that we can see more than they, and things at a greater distance, not by virtue of any sharpness of sight on our part, or any physical distinction, but because we are carried high and raised up by their giant size.” (source)

Likewise, Google and the larger Internet allow us to see further than those before us. If that makes us dwarves in Carr’s eyes, so be it. 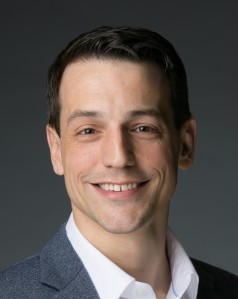