My mother lives in rural Mississippi and her only choice for Internet access is satellite. Satellite works fine for email and the like, but she has a data cap and streaming an hour or so of video online can eat up here entire month’s allotment. She asked if there was anyway she could watch online movies and TV, on their living room TV, without consuming data. Challenge accepted!

I acquired an old 4th Generation Kindle Fire HD7 which has the ability to do HDMI out. Unfortunately, the disk space is small and this model doesn’t have a SD slot. I wiped the Fire and set it up with her Amazon account. The idea is that she will take the Fire to her office periodically where this is “normal” Wifi. She’ll download the videos she wants from Amazon Prime and/or Netflix, then take it back and stream it via the HDMI cable.

Note, devices like Amazon FireStick and Roku would not work in this case because they attempt to stream everything over the network. In fact, without an Internet access, they won’t really work. I also tried Chromecast, but that isn’t really supported by Amazon on the Kindles which is a nice/cheap tablet. If I were to do this again, I might go with a cheap Android tablet and a Googlecast, but this works quite well.

Below are the instructions I put together for my mother for daily use of the solution.

Connecting the Kindle Fire to the Television

I was surprised to get an email on a Monday, requesting I deliver a keynote at the Avaya Engage event in Dubai the following Thursday and could I bee in Dubai in just 6 days. After clearing it with my family, I got a great rate on Emirates ($830 roundtrip!) and away I went. This event was different in that the attendees would be ~1,400 CxOs and I’d only have 20 minutes to cover my topics in a way that would make sense to this audience.

I got in on Sunday night but the conference did not begin until Monday at 3pm, so lucky for me, this conference was at the Atlantis, The Palm, where they are not only right on the ocean but also have a waterpark. Did I rehearse my new slides for Thursday? No, I hit the water slides:

The best one I rode that afternoon was the Leap of Faith. Here’s someone else’s video of the ride:

Then we had some great speakers with just Avaya and our Authorized Business Partners in the region. I even got to see an Avaya colleague/friend (but I was speaking on Thursday, not Tuesday as he tweeted):

We had great keynotes like this one from Nidal:

Experience is Everything in the Age of Intelligence. @NidalAbouLtaif brings the message to life pic.twitter.com/JMRi9AwMtP

as well as some analysts speaking on the industry

Then next morning was my chance on the big stage. Here is me mic’d up, before they opened the doors. 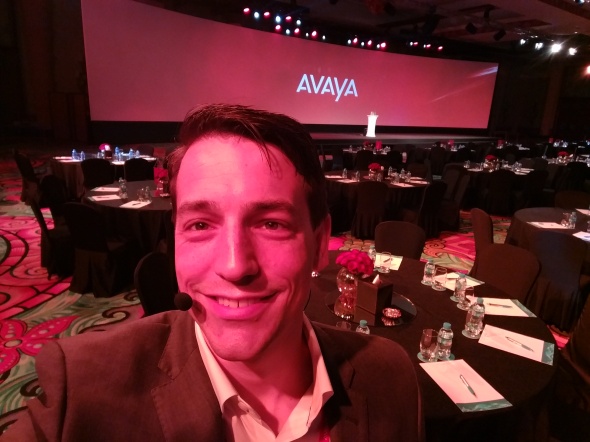 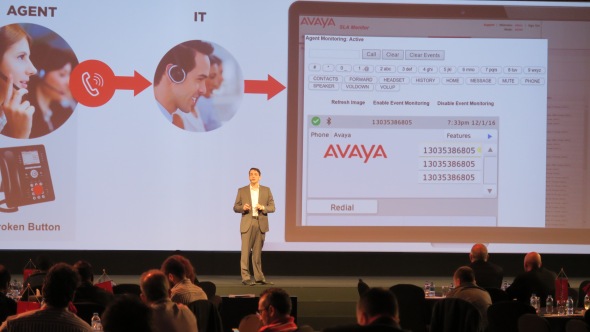 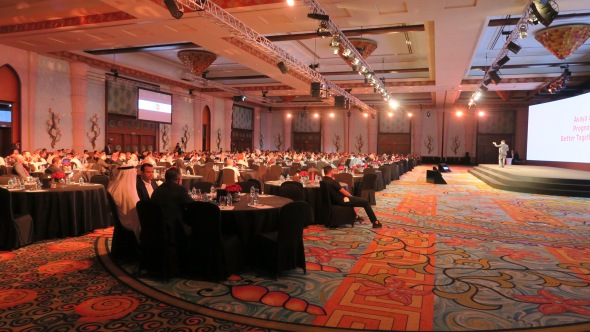 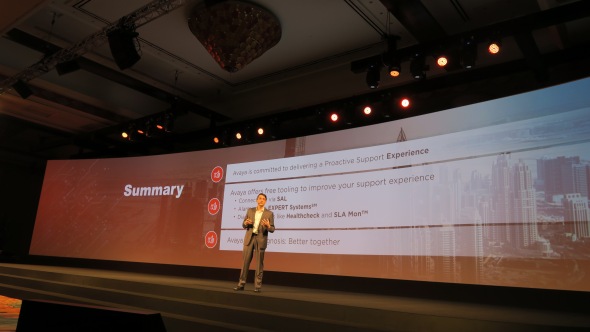 A colleague recorded a good deal of the presentation and I’ve stitched the individual clips together here:

With that out of the way, I returned to the waterpark and found my new favorite slide, Poseidon’s Revenge. As the video below (not my video) shows, you start standing straight up and then the floor falls out from under you. You fall for a split second and then land in the tube and whip around, hitting 37mph. I liked it so much, I went ten times!

The aquaconda was pretty cool as well given its sheer size:

All in all a great trip, but I was, as always, happy to return to my family.